Nearly two years ago, I started looking for my first full time job abroad – well, my first full time, post-university job. period. I remember finding a listing for a teaching job in Kotor, Montenegro and googling a picture of the city. I didn’t end up applying for that job (I am, unfortunately, no good at teaching math), but I couldn’t get visiting this incredible city out of my mind. So, when a few friends and I found cheap flights to to Tuzla, Bosnia Herzegovina and decided to rent a car for a week, Kotor became one of our road trip destinations.

We were in Kotor for 2 days. We spent most if our time in the old town and climbing up the fortifications of the Mountain of St. John. Being in Kotor feels like travelling back in time. When in the old town, you are constantly and completely surrounded by medieval stone buildings. Narrow, winding cobblestone stairs and streets are the only paths you can walk on. Ancient church bells ring on the hour, every hour during daylight hours. Since we stayed in an AirBnB in the old town, we were truly immersed in this medieval atmosphere.

On our first morning in Kotor, we climbed the fortifications and mountain right behind old town Kotor. The hike shouldn’t take long (maybe just under an hour), but we had to stop every few minutes to admire the incredible views (as seen in the photo above). Since were travelling during off-season, we rarely encountered other people, and the silence and calmness among the ruins combined with the heavy, humid air made me feel as if I were another world. Near the top of the mountain, we explored the corridors, stairways, and rooms of the ruined fortress.

During our time in Kotor, we spent a lot of our time admiring and wandering through the old town and nearby ruins…and (who am I kidding), enjoying the country’s delicious wine. I definitely could have spent countless more hours taking in the landscape and architecture which is so different from my regular fast-paced life in the city. One day, I hope to be back in Kotor, and I have started a list of a few more things that I would like to do…

Our initial plan to visit the National Park on our way out of Kotor didn’t work out due to a thunderstorm. However, we did manage to drive around the bay and see a couple other towns (see a view  from stormy Perast, Montenegro below).

After only spending 2 days in Kotor, Montenegro, I could understand why the Lonely Planet has named it the top city to visit in 2016.

Things to know about Kotor (especially when travelling during off-season): 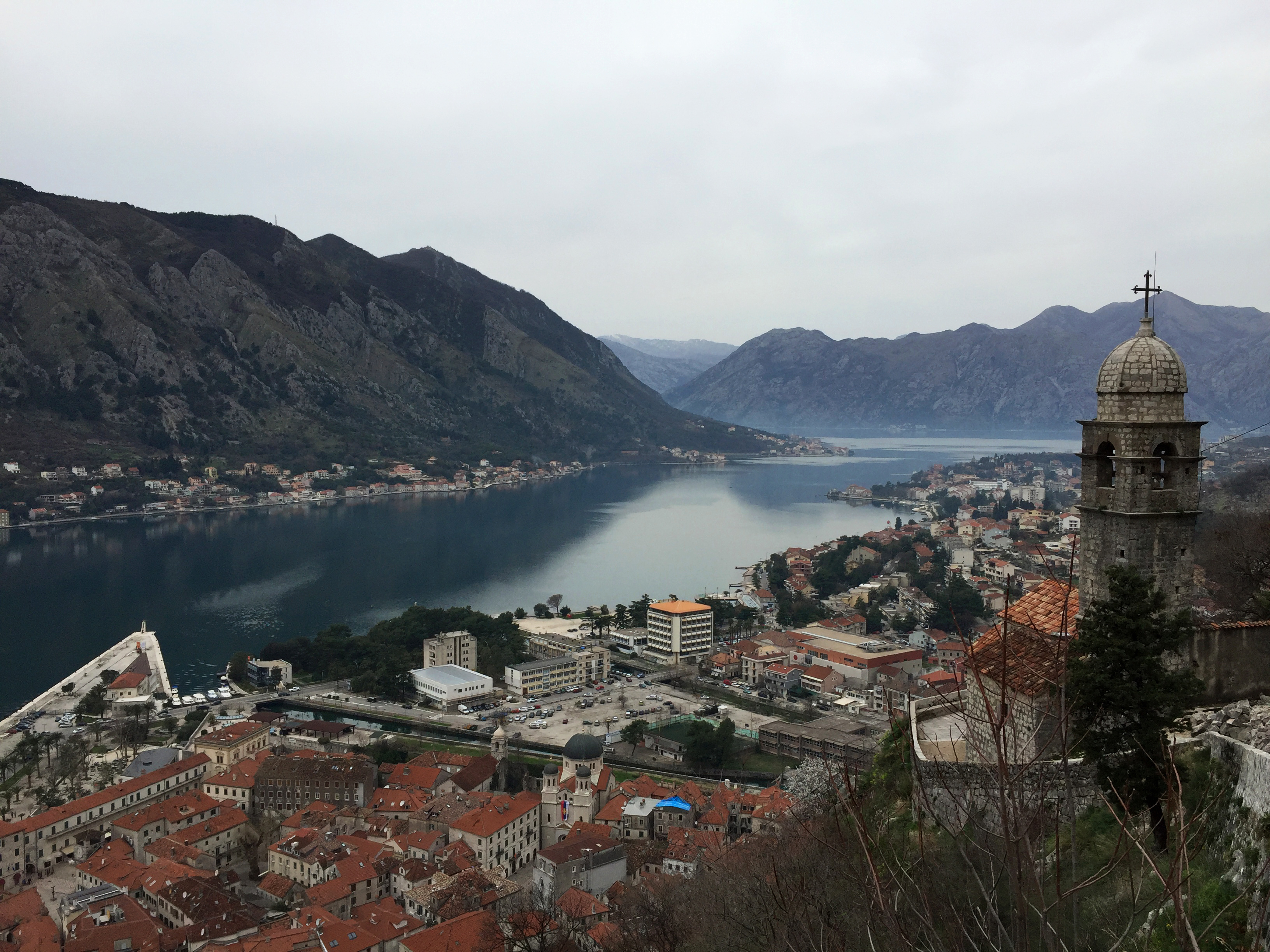